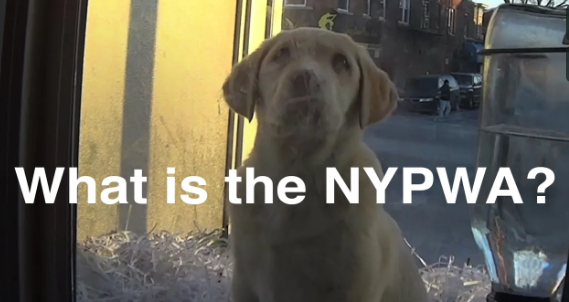 While working for six months at The Hunte Corporation, I saw kennel workers inspecting puppies for shipment prior to using veterinarians’ signatures to stamp the puppies’ interstate health certificates, hundreds of sick puppies at a time, records from Hunte truck drivers transporting sick and dying puppies, and overcrowding which employees hid from one USDA inspector by moving the puppies out of cages before the inspector arrived in the kennel area.

At dozens of breeding facilities selling to Hunte that I investigated, I saw numerous violations for veterinary care, including dogs that had seriously matted fur, infected eyes and ears and open wounds. Many dogs were living in rusty wire pens with days of fecal accumulation.

CAPS worked closely with the New York City Council on Ordinance 55, which passed in December 2014 and strictly regulates pet shops in the city.

In response to this ordinance and another requiring spaying and neutering of pet shop animals upon sale, The New York Pet Welfare Association (NYPWA) incorporated in New Jersey in January 2015. This pet industry trade organization, comprised of pet shops, breeders and brokers, filed a lawsuit in June 2015 to overturn the city’s ordinances.

Through legal pleadings and other evidence, CAPS has been able to identify some of the pet shops whose owners are members. CAPS’ investigative video, “What is the NYPWA?” proves that these pet shops buy from puppy mills, contrary to the statements we obtained from pet shop owners, managers and employees during undercover investigations of New York City pet shops.

NYPWA has a donation program where breeders and brokers are donating puppies to pet shops. The proceeds from the sales of these particular puppies goes to the lawsuit fund. The following is from a NYPWA newsletter:

NYPWA needs to see 10 Pet Stores with
donated
puppies by the end of this week.
The 4th puppy has been donated
to US PETS
by Will Yoder, Shadow Kennel

I would like to “Thank Everyone” involved as we go forward with  the legal action against New York City.

We NEED to keep raising money for this battle and for now its going to be by selling donated puppies.

We need everyone’s help.  Please make it your number one priority to call your breeder and/or broker right away ! ! !

Everyone knows –  this is our lives and our stores at stake.

In addition to providing draft language, investigative evidence on breeders and brokers who provide puppies and kittens to New York City Pet Shops, and testimony at two hearings, one of CAPS’ contributions to Ordinance 55 was to insist upon language banning pet sales from brokers, such as Goodman, Missouri-based The Hunte Corporation, the largest brokerage facility in the country. A CAPS investigator worked undercover at The Hunte Corporation for six months and also investigated some of the breeders that were supplying puppies to Hunte.

The  NYPWA’s pushback lawsuit alleges that the ordinance would cut profits for pet shops in New York City, which has more than 40 shops selling puppies and kittens. The NYPWA alleges in their legal pleadings that animal shelters, which routinely euthanize 30%-50% of dogs and cats for cage space depending upon how the statistics are interpreted, would compete with pet shops which obtain puppies and kittens from mills and often use brokers, such as Hunte.

CAPS and the Humane Society of the United States filed amicus curiae (friend of the court) briefs in support of New York City’s motion to dismiss and quoted the recent Rhode Island ruling in a similar case where the trial judge dismissed the same analogy offered by NYPWA by saying that it was like comparing homeless shelters to four star hotels. NYPWA filed an opposition, to which CAPS filed a reply brief and a Declaration from CAPS General Counsel John Maher. His declaration states that the Missouri Department of Natural Resources had inspected The Hunte Corporation, a member of NYPWA, in 2003 after receiving a complaint (most likely from an employee, who also wrote a letter to CAPS) about a parcel of land with a large number of deceased puppies. Specifically, the 2003 filing by the MDNR states: “Hunte Corporation has had to dispose of more than the 1,000 pounds [of dead puppies] per year” and recommended that Hunte use an incinerator for dead puppy disposal in part, the letter notes, to “create a better public image” as the relevant Missouri environmental law limits dead animals to only 1,000 pounds per acre.

Horrors like the scenario described above is why CAPS works so hard to save puppies from places like Hunte, which fill up trenches with so many dead puppies that the company merited a state investigation. The CAPS investigation proved that Hunte obtains many puppies who are already ill or incubating illnesses (agents who “book” the puppies from breeders transport most of these puppies to the Hunte facility in Goodman, Missouri) or become sick during their stay at Hunte. There are so many puppies with upper respiratory infections that Hunte has a special ward for them.

Hunte’s certificates of veterinary inspection (interstate health certificates), required by federal law for animals to cross state lines, do not list breeders next to each puppy on the document. Our investigation revealed that non-veterinarians were illegally examining some of the puppies for these certificates, which had the head vet’s name stamped on them. Pet shops return rejected puppies and sometimes those returned by customers back to Hunte. Most of them do not use the federally required interstate health certificates.