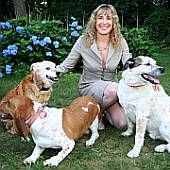 As president of CAPS, Ms. Howard is responsible for overall management, program planning, and reporting.

Ms. Howard has extensive experience in the communications field. Prior to starting CAPS, she ran an Atlanta-based public relations agency, Howard Communications. She was formerly with Porter/Novelli — the lead PR agency with the Omnicom Group — in San Francisco. Ms. Howard worked with “Dateline” for over a year to prepare an expose of the multimillion dollar pet shop and puppy mill trade. “A Dog’s Life,” which was over an hour in length, aired in two-parts in the spring of 2000. Viewers were shocked at the inhumane conditions at puppy mills that provide dogs to pet shops and appalled at USDA’s Deputy Administrator of APHIS Ron DeHaven’s smug indifference to the horrid conditions at two USDA licensed facilities. They sent more than 9,000 letters and emails to NBC, the second largest response to any “Dateline” program in its history. “A Dog’s Life” won a Genesis award in 2001.

After graduating from New College of Florida with a BA in Political Science, Ms. Howard earned a law degree from Santa Clara University. 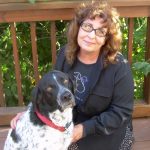 Ida McCarthy leads CAPS’ efforts in the Midwest. In her role as Illinois director, Ms. McCarthy has an outstanding track record of mounting successful protests and rallying communities to fight animal cruelty.

Ms. McCarthy grew up in Elmhurst and Villa Park in Northeast Illinois. She is a realtor with over 19 years of experience in the western suburbs of Chicago. She joined CAPS in 2008 to protest her hometown location of the unscrupulous pet shop chain, Happiness is Pets (HIP). In 2014, Ms. McCarthy placed her real state license on hold, began doing part time bookkeeping for CAPS, and became an official CAPS board member.

Ms. McCarthy started protesting HIP because of Lucy, a pup she adopted from a young couple. The dog’s previous owners bought her from the infamous chain. Lucy suffered from an abnormal number of health issues. This prompted Ms. McCarthy to investigate the store and subsequently the breeder. She was determined to expose the truth once she discovered the horrors behind the puppy mills that supply the pet shop, in this case Marty Gadient.

Ms. McCarthy was instrumental in spreading the growing pet shop ordinance movement to Illinois. Through CAPS, she provided investigative evidence and reliable information about the puppy mills that supply Illinois’ pet shops to community leaders, lawmakers, and the public.

Ms. McCarthy lives with her husband and two rescue dogs.

Ms. McMorrow, a long-time CAPS donor, is a wealth manager in Los Angeles. She lives with her husband and four rescue dogs in the San Fernando Valley.