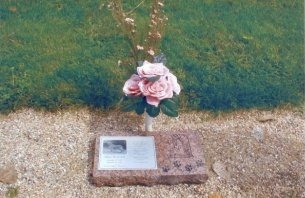 Burying our cherished pets is not a recent practice. Although many claim society buries animals for hygienic reasons, we all know there’s more to the story. Whether your  favorite goldfish’s remains are comfortably snuggled in a shoe box or an engraved stone lies on top of your rabbit’s final, resting place, there are emotional & personal reasons for burying our barking, meowing, and chirping loved ones. Think of it as a symbolism of enduring and memorable love, not toxic biohazard. If you research the facts, you’ll realize animal-human bonds go beyond life, death, and history.

1) Lets begin with the pharaohs, pyramids, and hieroglyphics in ancient Egypt. Mummification wasn’t only reserved for royalty (ehem, Tutankhamun). Throughout the years, archaeologists have dug out and brushed intricately mummified pets such as cats, birds, monkeys, and dogs. In fact, according to Mary Thurston, a Texas based anthropologist and author of The Lost History of the Canine Race: Our Fifteen-Thousand-Year Love Affair with Dogs, land was set aside along the Nile for the sole purpose of animal burials, although they could also be interred with their owners. Many tombs contain elaborate drawings of Egyptians and their pets.

Companions were often mummified to gain fast entry to the afterlife- amongst other less pleasant reasons such as heavenly food and sacrifice. When the Theban Queen Makare’s  tomb was discovered, there was a mummified bundle present at her feet, believed to be her child. Upon further examination (the queen had taken a vow of celibacy), x-rays revealed the small creature was a female baboon.

2) The Romans had a similar take on pet loss. Large chunks of land were often set aside for stone monuments honoring dead animals. Skipping to 336–323 BC, rumors say that Alexander the Great was a sucker for his Mastiff. He owned a hound named Peritas and upon the dog’s death, the emperor supposedly ordered a formal funeral procession. He also named a city after the faithful companion. According to an article from CNN.com, when the Macedonian “was swarmed by the troops of Persia’s Darius III, Peritas leapt and bit the lip of an elephant charging his master. Alexander lived to pursue his famed conquest, forging the empire underlying Western civilization as we know it.” Did the famed pup help shape history? Hmm…

3) During the Middle Ages in Europe (which roughly cover a millennium lasting from the 5th century to the 16th century), cats and even dogs were often linked to witchcraft and the devil due to superstitions. Pet burials went down in popularity, since cuddling with a pet (let alone digging a grave for it) spurred suspicions and persecution. Old ladies who lived alone with feline companions were often condemned as witches. The foolishness lasted about 500 years, ceasing by the 17th century. It’s believed that the persecution of cats might have led in part to the overpopulation of rats, germs, and fleas, producing the Bubonic Plague. Lesson learned.

4) Queen Victoria (who reigned between 1837-1901),  Queen of the United Kingdom of Great Britain and Ireland and the first Empress of India of the British Raj, was all about her four-legged pals. According to Thurston, she campaigned aggressively for a humane ethic in England. Throughout her life, large parts surrounding Windsor Castle became burial grounds for various animals, including horses, dogs, and birds, complete with bronze statues.

5) Some Victorian pets had ceremonies as formal as those meant for wealthy humans. Dogs were photographed in plump pillows, just like deceased children were photographed at the time. Owners kept locks of hair in lockets and chose witty comments or quotes from classic literature as epitaphs for their beloved companions. One pedestal erected for a French dog in 1890 reads: “to the memory of my dear Emma–faithful and sole companion of my otherwise rootless and desolate life.”

6) During the 17th century, crowded cities had little space for families and even less for burying pets. Many owners threw deceased animals along with the trash or weighted the bodies and sunk them in nearby rivers. According to Thurston, in 1899, 3,000 bodies were pulled from the Seine by Parisian sanitation crews. Not all burials were grim during this time, though. Some clever humans snuck into cemeteries and buried their pets in reserved family plots.

7) The first public cemeteries were set up by the 20th century. In 1899, Marguerite Durand (1864-1936), a French stage actress, journalist, and women’s rights activist,  founded a cemetery in Asnieres, near Paris, France. The “Cimetière des Chiens” is said to be the first of its kind (often mentioned as the first zoological necropolis in the world), with all types of animals, including monkeys, horses, and fish, buried within its grounds. An article in Buzzle.com mentions that there are more than 40,000 animals interred in this chunk of land. The cemetery was created as a result of an ordinance in Paris (1898) which made tossing dead pets out with the trash or into the Seine River illegal. Many celebrity pets rest in this beautiful park, including Barry, a Saint Bernard mountain rescue dog who died in 1814, believed to have saved 40 people throughout his life.

8 ) The Hartsdale Pet Cemetery & Crematory website states that there are more than 500 pet cemeteries in the US alone, the oldest operating one being the Hartsdale Pet Cemetery in New York (which opened its gates in 1896). The largest pet cemetery in the U.S., Bide-A-Wee, is also located in New York (one of its sites has over 5000 pets). Modern owners are given choices, including cremation, wooden caskets, and even Egyptian-style mummification (which is somewhat creepy if the sarcophagus isn’t included).

9) Memorials.com mentions that headstones for pets became popular in the US during the 1940s, when pet cemeteries began showing up across the country. Supposedly, the first headstones were for animals considered heroes of WWII. Dogs who served soldiers were often buried with elaborate sculptures and the trend soon spread. One of the tradition’s pioneers is the Presidio of San Franciscowhich is now considered a National Park. The markers date back to the 1950s when the area was home to around 2,000 stationed families. The cemetery no longer accepts new interments.

10) According to the International Association of Pet Cemeteries & Crematories website, most pet cemeteries operate in conjunction with other pet related businesses, such as boarding kennels, veterinarian hospitals, and training centers. A handful of human cemeteries reserve a chunk of land for animals as well.

11) The oldest known Pet Cemetery [assuming it’s in the US] was uncovered in Green County, IL by archaeologist, Dr. Stewart Schrever. He believes the pets were interred there around 6500 BC.

12) The Rosa Bonheur Memorial Park in Elkridge, Maryland (established in 1935) was the first in the nation to allow humans to be buried alongside their pets. The cemetery no longer accepts burials and is maintained solely by volunteers.

13) With the birth of the Internet and its rapid popularity, people began creating websites for pet owners to post memorials, write epitaphs, choose cybernetic tombstones, and select burial grounds and scenery. One of these websites is Ancem.

15) The IAOPC website states that local and county ordinances determine whether or not a pet can be buried at home due to health hazards, such as other animals trying to dig out the deceased.

16) Have you ever wondered what happens to pets who aren’t buried at home or in cemeteries? Those who are left in clinics or hospitals are often sent to local landfills or rendering plants. They are also incinerated or sent to local pet cemeteries for communal burials or private burials. The final decision is up to the owner.

17) Looking for something more optimistic than cremation, mummification, or a chunk of earth? Many people opt instead to donate a special tree, plant, fountain, or sculpture to a cemetery or local park. Not only does the park look more pleasant, but it’s a good way to honor and remember your loved one.

The dog is a gentleman; I hope to go to his heaven, not man’s. -Mark Twain