On the premises at the time of investigation: Approximately 100+ dogs.

Building
I arrived at Robert Osburn’s place around 1 pm after contacting him on the phone.  I approached a woman spraying down waste with a live stream of water while dogs were in the kennels and subject to being sprayed with the feces or the water at high pressure.  Dogs should be removed from kennels when using live stream if there is potential they will be harmed, wetted or distressed in the process (3.11 Cleaning, sanitation, housekeeping and pest control (a) Cleaning of primary enclosures).  She then referred me to Mr. Osburn who showed me the kennels.

In the indoor/outdoor kennels, no air conditioning or fans appeared to be on.  There were fans in the indoor portion of the kennel that were powered off.  It was warm enough for the dogs to need air conditioning at 85 degrees Fahrenheit (3.1 Housing facilities, general (d) Water and electric power) (3.3 Sheltered housing facilities (a) Heating, cooling and temperature).

At least four Pomeranians were visible in one enclosure.  This didn’t meet minimum space requirements for four dogs of this size in one location.  With the dogs being an estimated 10 inches in length, this would require the dogs have at least 1.78 sq ft of space per dog, or 7.11 sq ft total. There did not appear to be more than 3 or 4 sq ft of space. (3.6 Primary enclosures (c) Additional requirements for dogs (1) Space).

The more prominent example of the conditions from Osburn’s kennel came from the state of the four adult breeding dogs he gave me because he did not want them anymore.  I received a total of four Miniature Pincher dogs: two males, and two females.  The red male and female were both about 4 years old, the black male 9, and the black female 7.   As Mr. Osburn was attempting to retrieve the dogs to give them to me, they were very hard to catch and appeared very afraid of him.  He made a remark that “when he goes inside, the dogs go outside and vice versa.”

Mr. Osburn told me that he sells puppies to The Hunte Corp. in Goodman, Missouri.  Hunte is the largest brokerage facility in the country.  CAPS did a six-month undercover employment investigation of Hunte in 2004 and investigated breeders who sold to Hunte.

Once I received the first Min Pin, I immediately took him to Dr. Brett E. Herrin DVM of Herrin Animal Hospital in Cassville, MO.  Dr. Herrin told me that the dog had been fed low quality dog food because his coat was very rough and full of dry skin.  The dog had a very enlarged prostate due to overbreeding, which can be very painful and dangerous to a dog.  His biggest and most painful problem were his teeth. The male black Miniature Pincher had three teeth remaining that were very infected.  These teeth now need to be removed and are very painful to the dog, and once they are removed he will only be able to eat soft food.  This issue should have been acknowledged years ago by a veterinarian and taken care of. (2.40 (a) Attending veterinarian and adequate veterinary care) (2.40(b) (2) (3) Attending veterinarian and adequate veterinary care). 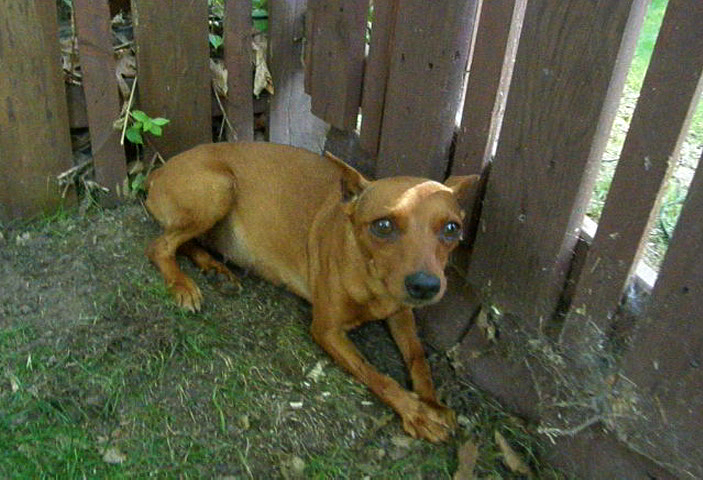