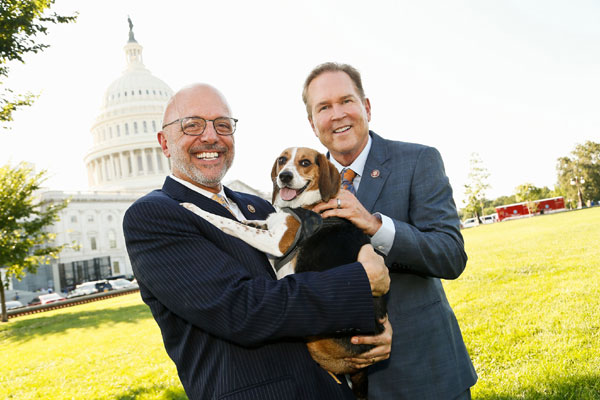 We urgently need your immediate help with Senate Bill 4234, which would ban the retail sale of dogs, cats, and rabbits.

Senator Monica Martinez (D-Suffolk), who is the chairperson of the Domestic Animal Welfare Committee, will not hold a vote on S4234 so that it can be voted out of her committee. All the other members of the committee want to vote the bill out. It is our understanding that if the Senate committee votes out S4234, then the Assembly Agriculture Committee will vote out A6298, the counterpart bill, which is sponsored by Assembly member Linda Rosenthal (D-Manhattan)

CAPS worked closely with Martinez on the Suffolk County pet shop ordinance that regulates the sale of dogs and cats. Martinez was a Suffolk County legislator and just recently elected to the state senate. CAPS NY Director Barbara Dennihy recently met with Senator Martinez (at Martinez’ request) to address concerns Martinez had about the bill. We thought her concerns had been adequately addressed and understood that she would get the bill through her committee. This does not appear to be the case.

We Are Working To Get The Entire Senate Involved.

CAPS has been working closely with Senator Michael Gianaris (D-Queens), who is the sponsor of the bill. We are asking Gianaris, the deputy majority senate leader, to take whatever steps possible to get S4234 voted out of a committee so that the entire Senate can vote on the bill.

Gianaris is also the sponsor of S5532, which bans cat declawing. Rosenthal is the sponsor of the counterpart bill, A1303-B. When the Senate Domestic Animal Welfare Committee did not hold a vote on the declawing bill, Gianaris moved the bill to the Rules Committee on June 3. On June 4, the declawing bills passed the Assembly and Senate and await Governor Andrew Cuomo’s signature.

Here’s How You Can Help: