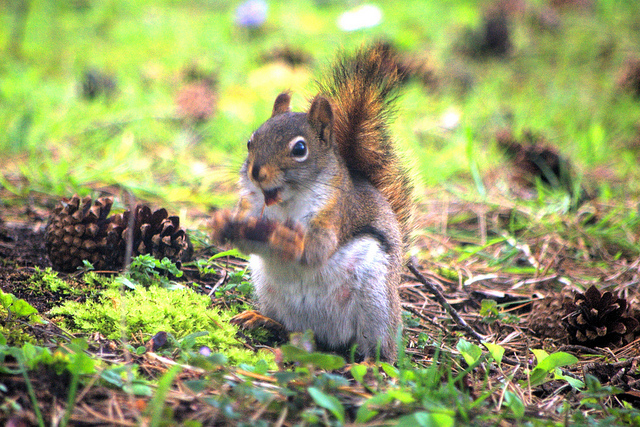 Companion Animal Protection Society speaks out against the Hazzard County Squirrel Slam in Holley, New York.
HOLLEY, NY, February 1, 2013- The annual Hazzard County Squirrel Slam may be a fundraiser for the Holley Fire Department, but for animal lovers everywhere the event is a nightmare. Companion Animal Protection Society, a national non-profit dedicated to protecting companion animals of all species, is calling for a boycott of the event and a global campaign to stop it.

The hunt, scheduled for February 16, will award prices based on the weight of the overall kill. The tickets cost $10 and, according to Fire Chief Pete Hendrickson, they have a maximum of 700 available stubs – almost all of them sold. Each participant will enter up to 5 squirrels in the weight-in and compete in various categories. While a town-wide hunt is enough to stir up controversy, the event also allows children as young as 12 to join in the “fun.”

“Aside from the pure barbarism of the overall event, this last bit of information [that children are allowed to hunt] heightens the horror, particularly in light of the recent Newtown massacre of school children,” writes psychologist Gay Bradshaw, executive director of the Kerulos Center, in her Psychology Today blog. “Our society is long past its saturation point for violence. Firefighters of all people appreciate life – human and nonhuman. Their jobs is saving lives, not taking lives.” 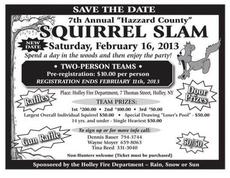 From renowned psychologists to the United Kingdom’s Daily Mail newspaper, the world talks about the small western New York town in disbelief. Despite the international uproar, the town government remains steadfast on their plans. In an article from the Democrat and Chronicle, Hendrickson defends their decision by saying “at this point there are very few local people who are upset.” He goes on to explain how nothing from the hunt goes to waste, some residents use it for food and others for the pelt. However, to outsiders, the event seems like a vestige of some medieval tradition to teach kids how to kill.

“Children ought to be engaging in science or writing contests rather than gruesome killing contests in my home state of New York. I think the Holley Fire Department has a responsibility to promote education and animal welfare, not killing and violence,” says Carole Raphaelle Davis, West Coast director of Companion Animal Protection Society.

The Holley Fire Department’s choice of fundraiser seems bizarre for first responders dedicated to saving lives. Thousands of Fire Departments across the US fill their budget holes using creative and educational events that benefit the community. A town wide hunt unnecessarily exposes participants to dangerous weapons and promotes violence.

“Squirrels are not just companions to individuals, they are companions to us all in cities and rural towns alike. It is neither humane, nor moral to continue this brutal tradition. It’s teaching children that killing animals is fun and worthy of a price. If we support this hunt we give our children permission to commit animal cruelty and that won’t stop with squirrels,” says Deborah Howard, president and founder of Companion Animal Protection Society.

CAPS urges members and supporters to call the Holley New York Fire Department at 585.638.6884 and Mayor John W. Kenney, Jr at 585.638.6367 or email mayor@villageofholley.org to politely ask for the annual event to be canceled.

Holley Fire Department’s Official Statement:
“Our upcoming fundraiser has been in place for multiple years. We are diligent in making sure that all laws set by the state of New York are adhered to. This event has shown to be successful for many years without a negative outcome to our community. Members of the community use the game gathered for food and for their pelts. The department has decided to proceed with our scheduled derby and raffle February 16. The fire company also hopes that citizens respect the freedoms and rights of those who choose to participate and support this event.”