CAPS vs. Bauck – How a Small Nonprofit Brought Down a Large Puppy Mill (2010) 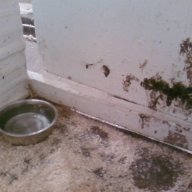 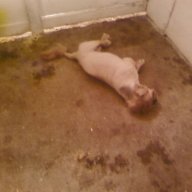 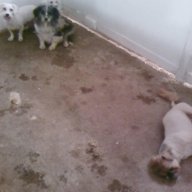 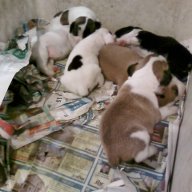 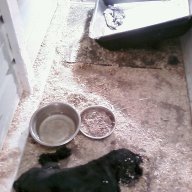 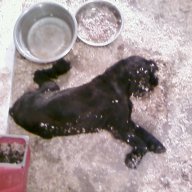 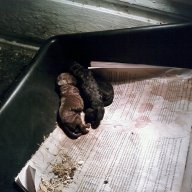 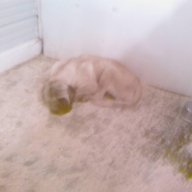 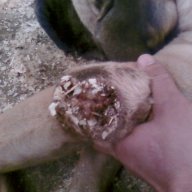 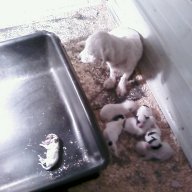 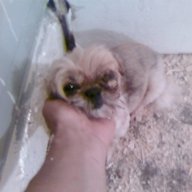 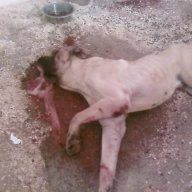 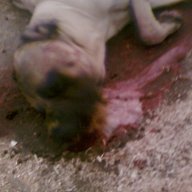 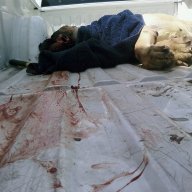 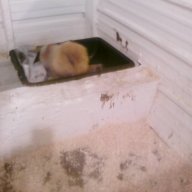 USDA revoked the broker’s license of Kathy Bauck, the owner and operator of Pick of the Litter in Minnesota, on September 14, 2011 based on evidence CAPS supplied to USDA. The agreement – known as a consent decision – also imposed a fine and permanently disqualified Bauck from obtaining an Animal Welfare Act license. This decision effectively prevents her from engaging in the commercial production and resale of dogs to pet shops and Internet sellers. Members of her family, involved in her ventures, were also fined and permanently disqualified from USDA licensing.

In 1997, CAPS began investigating Kathy Bauck, one of the largest USDA-licensed dog brokers and breeders in the U.S and seller of thousands of dogs to pet shops and Internet buyers across the country. A CAPS undercover employment video shot over a six-week period in the spring of 2008 showed sick, wounded, emaciated and dying dogs.

Based on evidence collected by CAPS, a jury convicted Bauck in March 2009 of four misdemeanor counts of animal cruelty and torture. The judge sentenced her on only one count: she received a 90-day sentence, reduced to 20 days of work release; a $500 fine, reduced from $1,000; 80 hours of community service; and one year of probation.

In August 2009, the USDA/APHIS filed a Motion for Summary Judgment requesting the termination of Bauck’s license. CAPS believes this judgment was due in part to our petition for rulemaking mandating automatic termination of license upon an animal cruelty conviction. After a number of administrative and legal proceedings, the USDA officially terminated Bauck’s license in June 2010, effective two months later.

Despite Bauck’s conviction and license termination, CAPS received complaints in 2010 and 2011 about sick puppies purchased at Long Island pet shops. Interstate health certificates confirmed that Bauck, using her maiden name and a business name, sold nearly 1,400 dogs to Long Island pet shops after her license termination. Some of these certificates listed a fabricated pet shop in New York City – Canine Culture Center – as a consignee. CAPS undercover investigations of these pet shops revealed stores that refused to disclose the source of their puppies (in violation of the New York pet shop lemon law) or provided limited information after receiving a deposit. CAPS turned all of this evidence over to USDA’s Office of General Counsel, which then filed a complaint in December 2010. CAPS is currently working with the New York Attorney General on an investigation of the pet shops that conspired with Bauck.

“CAPS vs Bauck, How a Small Nonprofit Brought Down a Large Puppy Mill,” our professionally produced and widely viewed documentary about the Bauck investigation and case, can be viewed on Vimeo, YouTube and the CAPS website.

CAPS began investigating Kathy Bauck, the owner and operator of “Pick of the Litter” in Minnesota, in 1997. Bauck, one of the largest USDA licensed dog brokers and breeders in the country, sold thousands of dogs to pet shops and Internet buyers all over the country.

Due to the efforts of the Companion Animal Protection Society, Bauck will no longer be able to sell to pet shops and other dog breeders and brokers. On August 13, 2009, the USDA/APHIS filed a Motion for Summary Judgment requesting the termination of Bauck’s license. It is rare for the agency to request the termination of a license, especially through the expedited means of a summary judgment. CAPS believes the use of a summary judgment was due to the pressure APHIS felt from our petition for rulemaking mandating that USDA automatically terminate a license upon an animal cruelty conviction. On September 29, the administrative law judge issued a decision and order in the Bauck case, granting APHIS’ motion for summary judgment. On October 29, Bauck appealed that decision to the judicial officer. APHIS filed a response to her appeal on November 18. The Judicial Officer’s Order and Decision dated December 2 terminated Bauck’s license. This termination was stayed pending Bauck’s federal court appeal, which was denied. Bauck’s license was officially terminated in August 2010. It is unfortunate that Bauck was allowed to keep her license during this yearlong legal process.

The USDA had licensed Bauck since 1983, and despite CAPS investigations since 1997, the USDA did not take action. The July 2008 USDA inspection report for Bauck found no violations of the Animal Welfare Act (AWA). They did not inspect her again until March 4, 2009, just three weeks before her conviction. The inspector cited her for veterinary and cleaning violations.

CAPS has been investigating the USDA’s failure to enforce the AWA since 1995 and has been lobbying members of Congress for oversight hearings regarding USDA’s lax enforcement of the AWA. CAPS went to Capitol Hill in June 2009 to meet with USDA officials and congressional aides, using the Bauck case as evidence of the USDA’s dereliction of duty. CAPS’ pro bono lobbyists submitted a petition for rulemaking requesting that AWA regulations be amended to require the automatic revocation of a USDA license upon the conviction in a court of law of a licensee, such as Bauck, for animal cruelty.

Based on evidence from a CAPS undercover employment opportunity of six weeks, a jury convicted Bauck on March 24, 2009 of four misdemeanor counts of animal cruelty and torture. On May 1, 2009, in what CAPS and animal advocates consider a great miscarriage of justice, the judge sentenced Bauck on just one of the counts, which he wrongly believed encompassed the other charges. She received a 90-day sentence, reduced to 20 days (weekday work release at the sheriff’s discretion), a $500 fine (reduced from $1,000), 80 hours of community service and one year of probation.

While under a cease and desist order from the State Veterinary Board for the practice of veterinary medicine, including doing C-Sections on her dogs, Bauck continued to practice vet medicine, which was documented by her employees. However, the state allowed her to plea bargain for just one charge for the practice of veterinary medicine and dropped the cruelty charge for killing a puppy by bashing it against a pole. While on parole and serving work release, she continued to commit cruelty that was documented by a CAPS undercover investigator. CAPS submitted the investigator’s hidden camera footage, photographs and reports to local authorities. This documentary evidence was the basis of the criminal case against Bauck.

At the time of the investigator’s employment, Bauck’s facility held 900 adult dogs and approximately 400 puppies. The undercover video shot by the CAPS investigator shows dogs that are sick, wounded, and emaciated. Dogs at her facility commonly became wounded through fights, even some of the small breed dogs.

Bauck will still be able to sell dogs on the Internet. The Animal Welfare Act does not cover Internet breeders. However, if proposed legislation in Minnesota requiring state kennel licenses is passed, those convicted of animal cruelty and their business associates will be banned from obtaining a license. CAPS plans to investigate numerous Minnesota puppy mills to provide evidence in support of this legislation.

The Bauck case made national headlines with coverage by CBS stations in Chicago, Minneapolis and Los Angeles. CBS Chicago had the exclusive interview and footage. ABC in Boston aired a number of reports on the Bauck case. Bauck sold dogs to several pet shops and to Internet buyers across the state of Massachusetts. CAPS is about to make public a documentary about the Bauck investigation and criminal case.