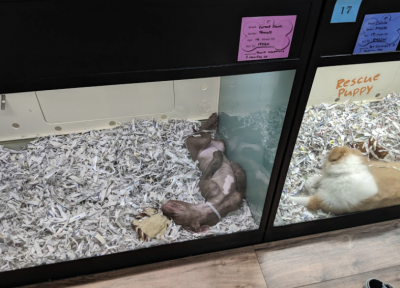 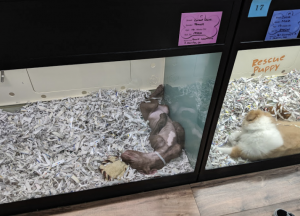 National City, Calif., has been in the spotlight quite a bit over the last few weeks. The City Council passed an ordinance on September 3, 2019 that closes the loophole in the state law, The Pet Rescue and Adoption Act, that is allowing pet shops to sell mill-bred puppies from fraudulent rescues. Since then, there have been both celebration and resentment.

You can read the David Salinas vs. National City lawsuit HERE.

The ordinance, which is  set to go into effect on October 3, prohibits pet shops from having an ownership or monetary interest in their animals or from benefiting from adoption fees.  CAPS President Deborah Howard worked with the city attorney of National City to draft this effective language, which comes from pending Massachusetts legislation CAPS is behind.. CAPS’ evidence from our investigation of the 16 (currently 13) California pet shops selling puppies from fraudulent rescues convinced the sponsor of the Massachusetts legislation that the California law’s language was not strong enough to prevent consumer fraud.

You can read more about the ordinance HERE.

Two government officials in particular, Mayor Alejandra Sotelo-Solis and Councilwoman Mona Rios, pushed for the passing of this ordinance as a way to guarantee that all pet shops will comply with the existing state law.

However, not all of those in power were in favor. Councilman Ron Morrison took the side of the pet shops. He believes that this ordinance is “depriving” people of the option to buy a puppy or kitten from a pet shop. To clarify, pet shops will still be allowed to have dogs, cats, and rabbits in their stores for adoption, which is the intent of The Pet Rescue and Adoption Act. They will, however, have to get their animals from a legitimate animal shelter or verified rescue, not a fraudulent rescue that obtains animals from brokers who source from mills. These shops will can still make a profit from selling pet supplies

Despite push-back from activists and county residents, Salinas is using a professional company to obtain signatures on a petition demanding a referendum to overturn the ordinance. The signature gatherers are at a local Walmart and El Super market. Coincidentally, the sign read, “Sign here. Stop sale of dogs, cats, and rabbits.” Salinas made it extremely clear when addressing the press that he is against the pet shop ordinance. Some of the people who signed the petition thought they were signing in support of the new ordinance, not against it. Right now the ordinance is still set to go into effect in early October, but if Salinas obtains enough signatures on the petition for a referendum, National City residents would be able to vote on on whether or not they want the ordinance.

Although there may be people putting up a good fight for the wrong reasons, we know that our continuous efforts will not go unnoticed or unheard. We are hoping other California municipalities with pet shops selling  puppies from fraudulent rescues will follow the lead of National City. CAPS has been reaching out to city officials with Escondido, which has two pet shops, including one owned by Salinas, and Santee, which has one. In addition, local activists are planning protests.