CAPS went undercover earlier this year to investigate 16 pet shops selling mill-bred puppies from fraudulent rescues. One of those pet shops was The Puppy Place,  renamed PuppySpace (Orange Bone). A CAPS investigator noted that all the cages had cards stating that the puppies came from Pet Connect Rescue in Joplin, MIssouri. Maldonado and an employee assured our investigator that all of their puppies come from a reputable rescue.

Pet Connect Rescue is run by Ray and Alysia Rothman in Neosho, Missouri. Ray is a sales manager for The Hunte Corporation (dba Choice Puppies), one of the largest USDA-licensed dog brokers in the country and where CAPS worked undercover for six months in 2004. The Rothmans also owned Puppy Kisses in Danbury, Connecticut, which CAPS investigated this year. Puppy Kisses closed after the Rothmans could not pay employees and were evicted for not paying rent.

In September, Robin Whitman and her wife paid $1,200 for Churro, a 2 pound Dachshund at CA Puppy in Westminster, California.  Relying on employee statements that the pet shops obtain puppies from local shelters, the couple “adopted” the dog. After a few days in his new home, Churro became violently ill. He was coughing, vomiting, and had diarrhea. The couple rushed him to an emergency vet where he was diagnosed with parvovirus. He spent a few days at the vet and fortunately made it through that battle. However, only a few days later, he was back in intensive care. This time, he was diagnosed with kennel cough, distemper, a respiratory virus, and pneumonia. The couple said they received a record showing that the puppy was up-to-date on his vaccinations when they adopted him. 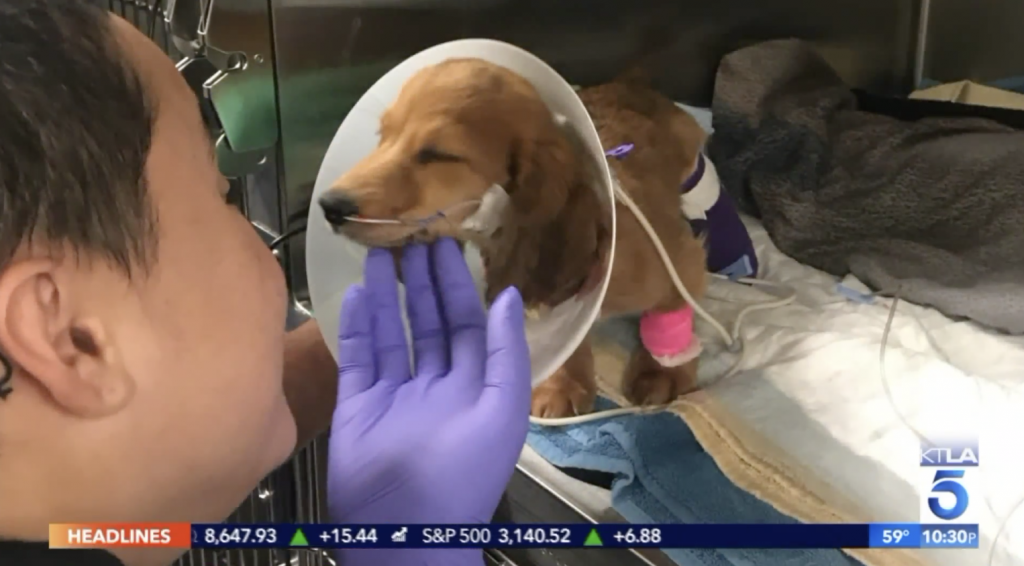 When they called CA Puppy to tell the store about their sick puppy, employees told them that CA Puppy could put a similar dog on hold to replace Churro once he passed away. There was no sympathy, no explanation, and no compassion for either the puppy or the couple who had spent over $14,000 in vet bills trying to save Churro’s life. This is the reality of pet shops that care more about making a profit than the well-being of the animals in their care. “Dogs are not inventory, they are living beings” is how Robin Whitman described companion animals in her interview with KTLA. 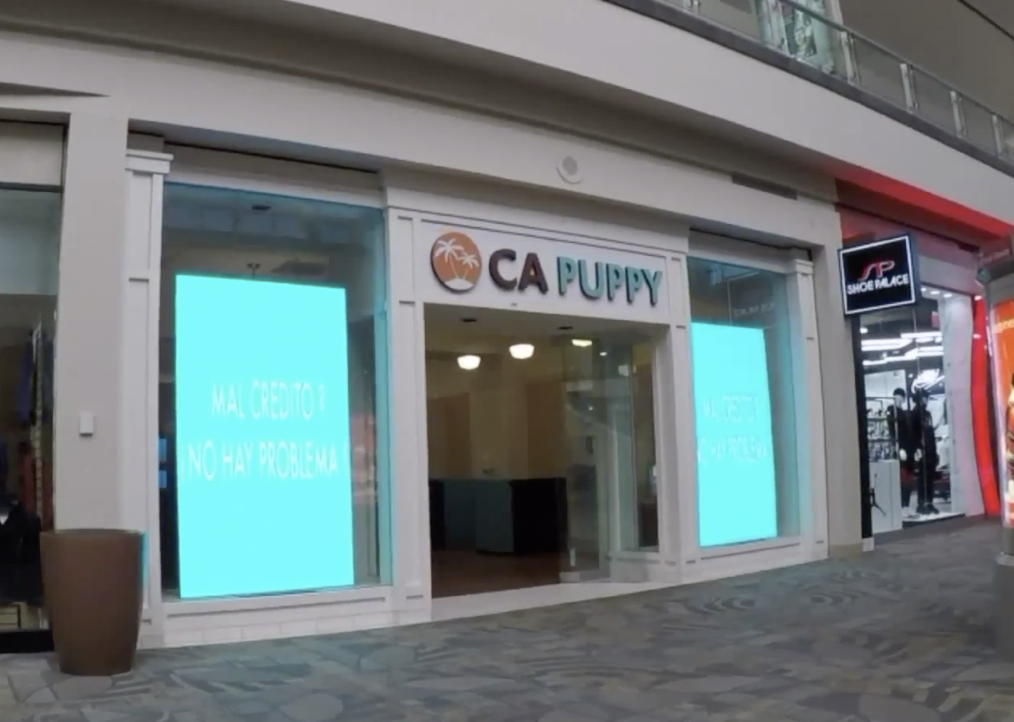 CAPS President, Deborah Howard explained how dog brokers and those affiliated with dog brokers are creating fraudulent rescues to circumvent laws that ban the retail sale of dogs, cats, and rabbits. They are able to do this because of loopholes in the language of these laws.

Howard also mentioned the signs to look for to determine if a pet shop is offering animals from legitimate rescues. A reputable rescue does not charge thousands of dollars for an animal, places the well-being of an animal over profit, and is more concerned that their animals go to forever homes (decent local rescues often do home visits). That is clearly not the case at CA Puppy or PuppySpace (Orange Bone).  CA Puppy had a money-back policy for sick and deceased animals and offered financing and warranty plans – none of which a legitimate rescue or shelter would provide. CA Puppy shut down shortly after Churro passed away. 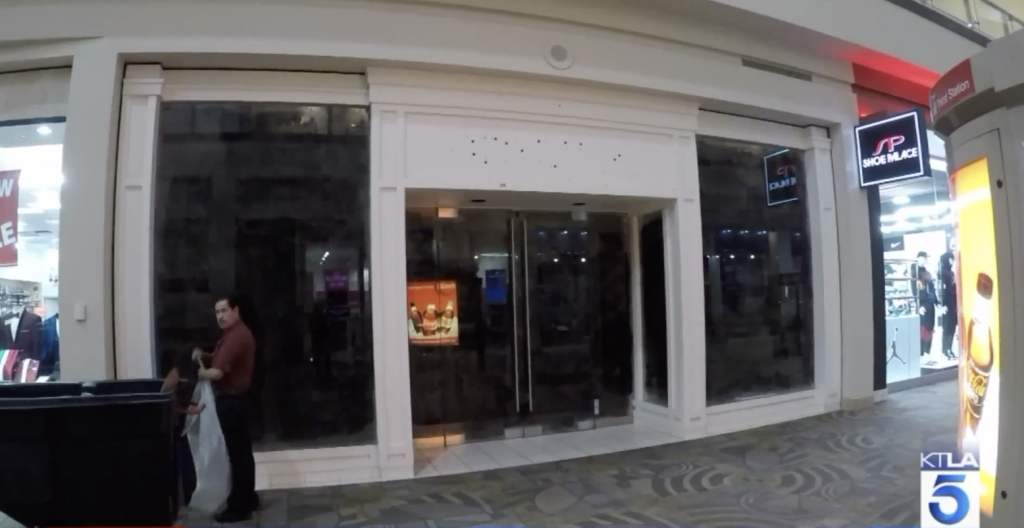 Unfortunately, Churro was just one of the thousands of dogs who fall victim to puppy mills each year. Another family in Southern California adopted a Golden Doodle from PuppySpace (Orange Bone) in Santa Ana, California. Like Churro, the Golden Doodle ended up at the vet with pneumonia. Maldonado, the owner of Orange Bone, wrote a personal check to the dog’s owners to cover the cost of the vet bills. However, just a few days later, the puppy stopped breathing, and within hours, he had passed away. From the date of purchase to the poor puppy’s death, a total of eight short days had passed. 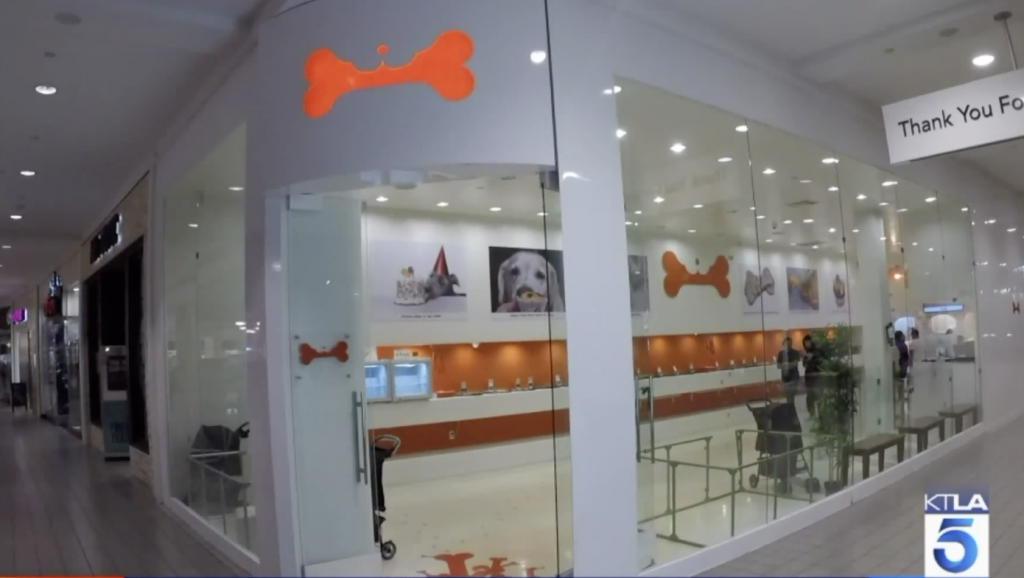 When the owner’s tried to call and text Maldonado to update him on the dog’s status, he stopped communicating.  Shortly before the KTLA story aired, PuppySpace (Orange Bone) closed, following in the footsteps of CA Puppy. Maldonado denied to reporter Montoya that he owned the pet shops and refused to be interviewed for the story.

After the story aired, two concerned residents of Montebello, California contacted CAPS to alert us to a new pet shop with Pet Connect puppies at The Shops at Montebello. CAPS is currently looking into this new store.