Last week, Rolling Stone magazine published a great article on puppy mills. If you haven’t seen it, check it out now; it’s a must-read. CAPS worked extensively with the writer, Paul Solotaroff, providing him with investigative evidence on puppy mills and pet shops.

Paul gives a good history of how puppy mills evolved — starting in the 1950s when pig and poultry farmers began breeding dogs to make extra money. He also describes a North Carolina mill he visited where over 100 dogs lived in cages. He saw dogs with missing jaws and rotted teeth, dogs blinded by cataracts and corneal ulcers, and dogs with crippled legs, deformed from a life of squatting on wire.

Sadly, in the commercial breeding industry, where “profits count more than the dogs’ well-being,” these conditions are typical. CAPS has recorded hours of undercover video inside more than a thousand puppy mills (and kitten mills), illustrating this frustrating reality. Our investigations include two of the Iowa breeders mentioned by Rolling Stone:

Randy Stoen is the miller who threatened to stab an inspector and admitted to shooting a dog in the head.

Steve Kruse is the miller who threw a bag of dead puppies at an inspector.

As the Rolling Stone article points out, most of the puppies born at mills are sold either at pet shops or online at sites like puppyspot.com. Of course, none of those shops or sites will admit to using puppy mills. Puppy Spot even created their own puppy mill definition as proof that they don’t use them. Here is what they say:

A puppy mill is an unlicensed, substandard breeding establishment that places profit above the welfare of its animals. A puppy mill is not only inhumane and cruel, but it is also operated without any governmental oversight.

Unfortunately, this is exactly the kind of rhetorical jujitsu that confuses customers and cons them into supporting mills. Because in truth, most puppy mills are licensed, and they do operate with government oversight. It’s just that the oversight fails on every level.

The U.S. Department of Agriculture (USDA) licenses and inspects our country’s nearly 3,000 commercial dog and cat breeding facilities, and they are supposed to protect the animals in those facilities by enforcing the Animal Welfare Act. But CAPS has been monitoring the USDA for over twenty years, and we’ve turned up a different story. The USDA doesn’t do its job.

We gave Rolling Stone mountains of evidence to back this up for their article. For example, watch this video of a USDA-licensed and inspected facility run by Dennis and Donna Van Wyk and try to tell us this place shouldn’t have have been shuttered years ago:

The USDA also lets this horrifying kitten mill stay in business. And this puppy mill, even after CAPS helped federal prosecutors bring a successful case against it.

It’s been six years since our work led the USDA’s Office of Inspector General to issue a scathing report about the department’s failure to enforce the Animal Welfare Act. But still, the USDA hasn’t changed its ways. In fact, they went and created a new program to help “reduce the regulatory burden” on puppy mills. In other words, the USDA wants to protect its licensees, not the animals under its watch.

So whenever pet shops brag about only obtaining animals from licensed breeders, remember that doesn’t mean those breeders aren’t puppy mills. In fact, if a breeder has a USDA-license, it means they run a larger-scale operation without proper oversight. The place is almost guaranteed to be a puppy mill.

A USDA-licensed puppy mill with over 1,000 dogs

In order to truly relieve the suffering of mill animals, there has to be changes at the USDA. As long as their failures continue, so will continue the agony of animals in mills. CAPS is in the process of creating a new documentary that will spell out the problems at the USDA and propose solutions. If you’d like to help us drive this project forward, please consider making a donation today.

Together, we can make a difference in the lives of animals. 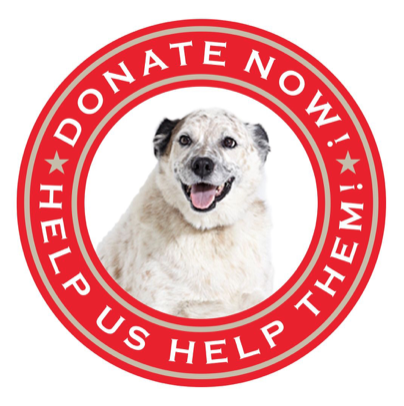