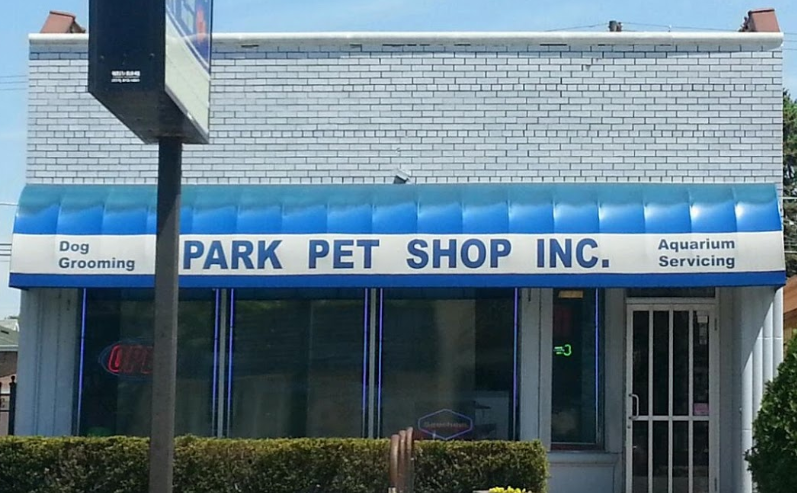 UPDATE: The Chicago City Council passed the amendment to Chicago retail ban pet shop ordinance on April 21, 2021. Pet shops will no longer be allowed to sell puppies from fraudulent rescues.

The Chicago City Council banned the retail sale of dogs, cats, and rabbits in 2014. Pet shops and a breeder legally challenged this law as soon as it went into effect in January 2015 but ultimately lost their lawsuit in the 7th Circuit Court of Appeals in September 2017. Since that time, Pocket Puppies, Pet Luv Pet Center, and Park Pet Shop have been operating as if the law never went into effect. They have been selling mill-bred puppies from fraudulent rescues started by USDA-licensed brokers and an employee for a broker. CAPS initially investigated the three pet shops in 2018. Employees at Pet Luv Pet Center and Park Pet Shop admitted that the supposed rescue puppies were actually from breeders.

CAPS has been assisting Alderman Brian Hopkins (Second Ward) who recently reintroduced an amendment to the Chicago ordinance. SO2020-2827 would close the loophole that allows pet shops to sell puppies from fraudulent rescues. A pet shop may provide space to an animal shelter or rescue organization to house and display for adoption dogs, cats and rabbits. The pet shop shall not have any ownership or monetary interest in the animals displayed for adoptions. The adoption fee can only be nominal.

In addition, the amendment specifies the following:

In August 2020, CAPS investigated the three pet shops again. While they all claimed to offer rescue puppies, their websites looked like those belonging to regular pet shops. 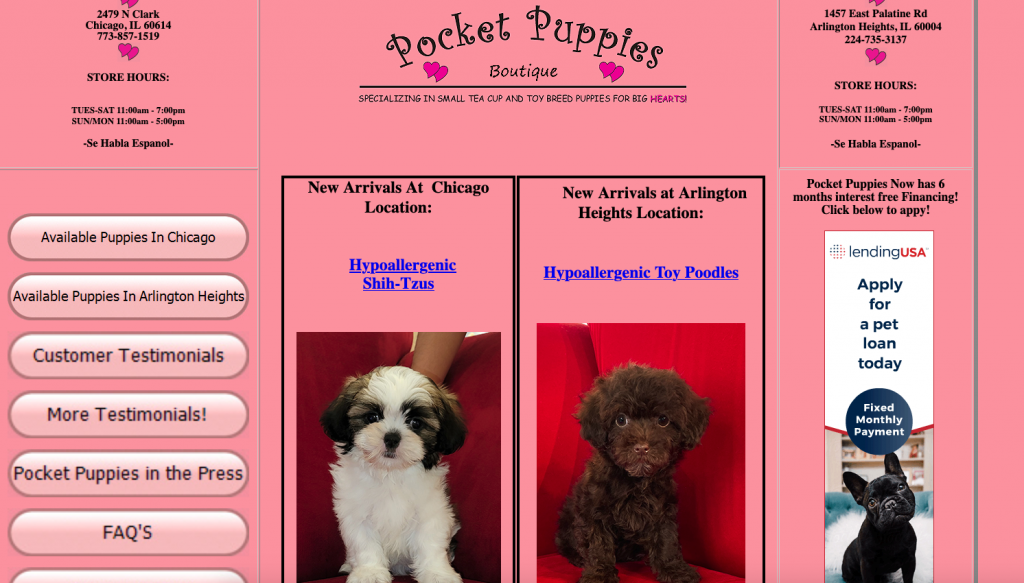 David said the cost of the dogs are from $2,400 to $4,800, He said a few times that all the dogs come from rescues; they do not use breeders. He said you get all the name of the rescue from the microchip after you purchase the dog. David stated that the dogs come from the Illinois area. He said even though they are rescue dogs, he could give you the date of birth. They charge according to the dogs age. He said if your dog gets sick, there are care facilities in Naperville and Plainfield you can use.

Pocket Puppies uses Dog Mother Rescue, which is run by Alison Hedgpeth in Iberia, Missouri. She owns Lonewolf Kennels for breeding and brokering and Lonewolf Pets, LLC for transporting. CAPS investigated her facility 20 years ago, finding many USDA violations. In 2012, USDA issued a warning to Lonewolf Pets under 3.17 (a) of the Animal Welfare for violations of care in transport. A Lonewolf Pets employee refused to allow USDA to inspect a transport vehicles in 2019, and Hedgpeth informed USDA that she had told employees not to grant access to inspections unless she was present. USDA issued a citation and $2,000 fine.

Before I left he handed me this card, which does not mention that the puppies are rescues. 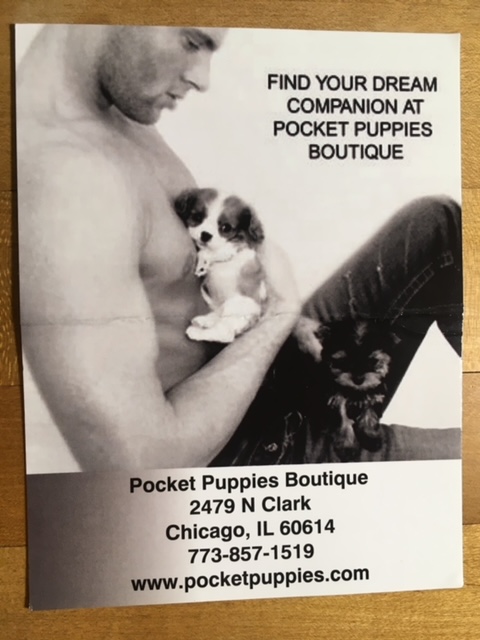 Also, their website states that the store specializes in small teacup and toy breed puppies, which is not something a legitimate retail adoption center would advertise on their website.

I walked in and saw approximately 30 puppies. There were cards on the cages stating the breed and price of the dogs. I asked a young employee, Alex, where the dogs came from. She said the puppies were from a shelter in Joplin, Missouri called Pet Connect Rescue. She then gave me a handout stating this information.

Hobo K-9 Rescue in Britt, Iowa, which was started by Jolyn Noethe, the owner of J.A.K.’s Puppies, also in Britt, was originally providing puppies to Pet Luv and Park Pet Shop (below). CAPS worked with the Iowa Attorney General to shut down Hobo K-9 and Rescue Pets Iowa in March 2020. Noethe started Rescue Pets Iowa after we investigated Hobo K-9 and California pet shops using Hobo K-9 in anticipation of the enanctment of The Pet Rescue and Adoption Act in January 2019. We provided our findings to the Iowa Attorney General, which began an investigation in June 2018.

Pet Connect Rescue is run by Ray and Alysia Rothman, who owned Puppy Kisses in Danbury, Connecticut, which closed in the summer of 2019 after being evicted for not paying rent. Ray Rothman is a sales manager for Select Puppies in West Point, Iowa, which took over The Hunte Corporation (Choice Puppies) in Goodman, Missouri. Rothman was formerly with Hunte. CAPS is involved in lawsuits against Pet Connect Rescue for their sales to California pet shops. These stores, which were selling fraudulent rescue puppies from Pet Connect Rescue and Bark Adoptions (a pass through for Rescue Pets Iowa) are now closed due to our ongoing legal efforts and the subsequent amendment of The Pet Rescue and Adoption Act to close the loophole that allowed pet shops to offer fake rescue puppies.

CAPS received an online complaint from a woman who spent nearly $2 000 at Pet Luv Pet Center in June 2020 for a two-month-old Shiba Inu who came from Hobo K-9 Rescue. She has spent more than $2,000 in veterinary bills to treat the puppy for serious allergies.

The prices ranged from $3,000 to $5,000. Alex said they knew the birthdate of the dogs and then started talking about the guarantee they give you. If the dog gets sick they give you money back up to the price of the dog or give you another dog.

I asked her if the dogs were vetted; she didn’t seem to know what that meant. I said did they see a vet, and she said they see a vet before they come to the store. She said all that information will be given to you after you buy the dog. She also said all the dogs would probably be sold by Monday, three days from today.

While the pet shop might claim to have only rescue puppies, their website looks like that of a regular pet shop. Their site says they offer a wide selection of breeds and shows an assortment of puppies. 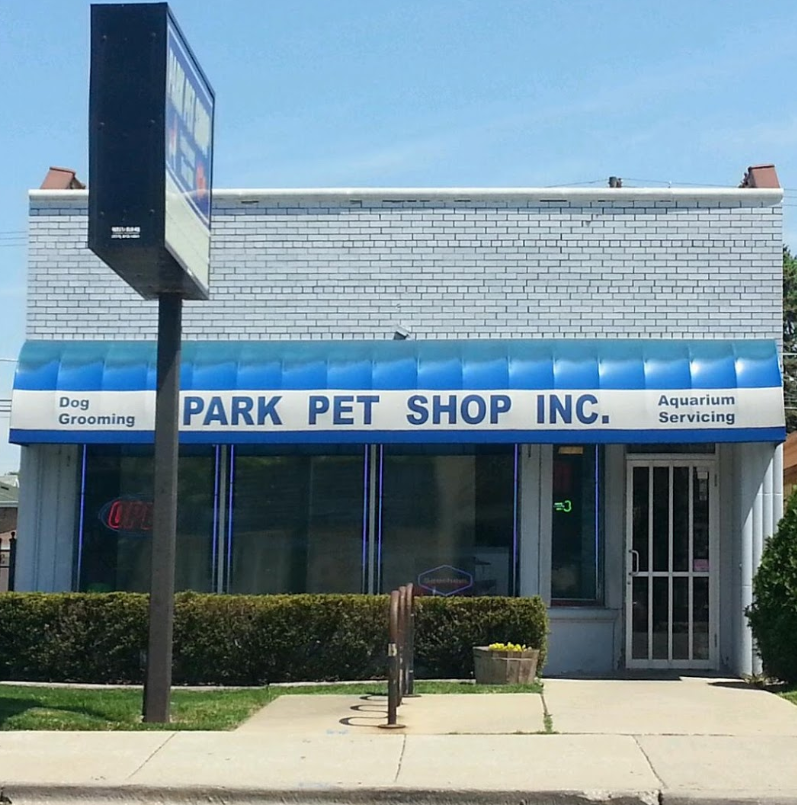 When I walked in, I saw approximately 30 puppies. I spoke to a young woman named Kim. I asked her where the dogs came from, and she said the dogs were from rescues but would not give me a name. She said they do not use breeders at all, only rescues, despite their website stating “Pets We Sell.” 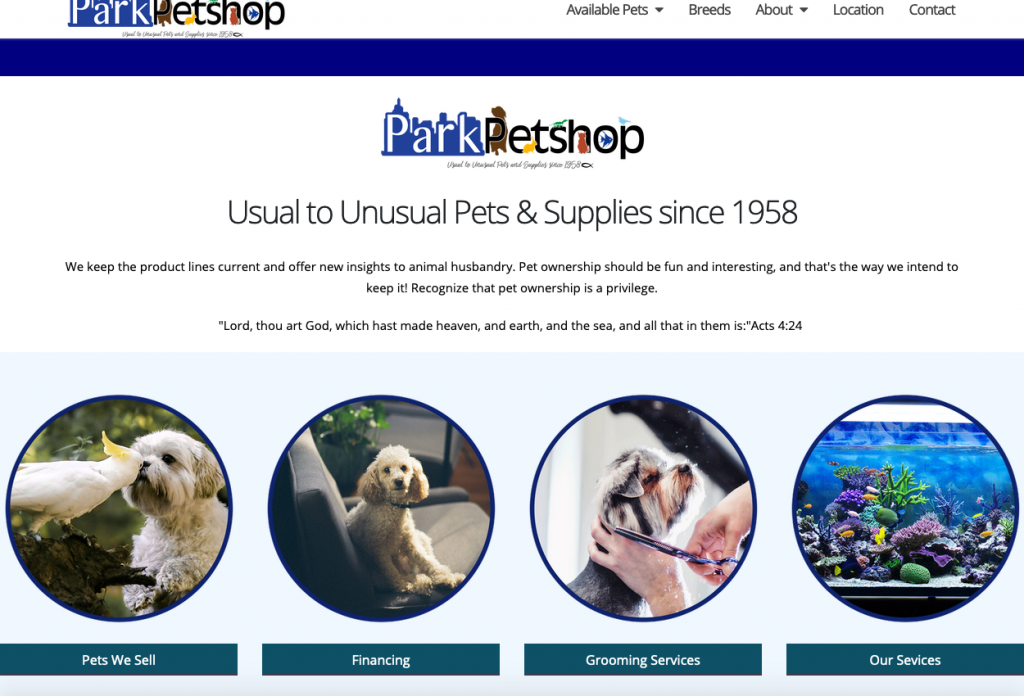 Kim stated that they knew the date of birth for the dogs. I then asked if the dogs were healthy. She said yes they were healthy and added that she was a vet tech. Kim proceeded to give the dog vaccinations right there by the front door. She also said they sell healthy dogs because they’ve been open about 20 years and only seven dogs have been returned. She also said most of the dogs will be gone by Monday, which is three days from today.

If you purchased a puppy from one of the three Chicago pet shops, please fill out our pet shop complaint form.

Chicago residents! Here is how you can help get the pet shop ordinance amendment passed:

The virtual City Council meeting will be on Wednesday, April 21 at 10 a.m. You can submit written or oral testimony in support of the amendment to the ordinance. The rules are involved, so you have to be committed to participate.

You can also call or email your local alderman’s office and voice your support for the amendment.

Find your ward and alderman here.