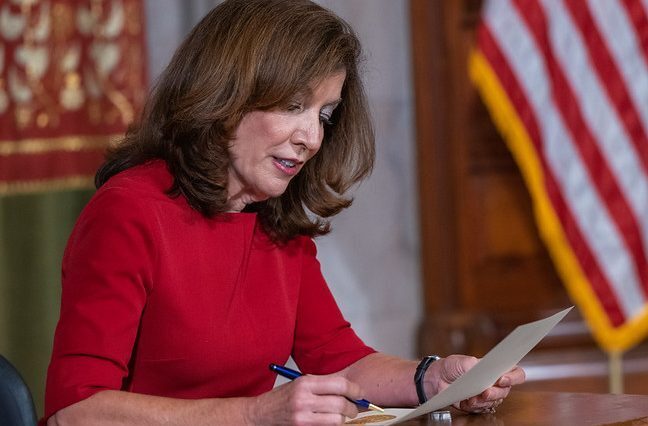 New York, NY – December 1. 2022 – Governor Hochul has less than 30 days to sign the Puppy Mill Pipeline Bill (S.1130/A.4283), which passed both houses of the New York State Legislature with overwhelming bi-partisan support in June. Since then, the bill has languished on her desk while the pet shop industry aggressively lobbies her to veto it. If she does not sign the bill by the end of this month, it will die. CAPS and other nonprofits worked for four years to get this critical legislation passed by the legislature. CAPS was also behind regulatory ordinances in New York City, Nassau and Suffolk Counties.

In 2019, CAPS released a video unlike any that’s ever been produced by anyone. It documents our five-year investigation (2013 – 2018) of every pet shop (originally 100; now 60) in New York State—and many of the puppy and kitten mills supplying them—for a project with the New York Attorney General, with whom we have been working since 2005. Below is our short documentary, which we also presented to legislators

All of the pet shops CAPS investigated in New York denied using mills. Instead, they said their animals came from USDA-licensed breeding facilities. USDA-licensed breeding facilities are puppy and kitten mills. The pet shops’ false statements didn’t end there. Pet shops lied about visiting their breeders to inspect them. They lied about how many animals their breeders had. They lied about the conditions those animals lived in. CAPS even uncovered a bizarre and widespread new tactic in New York City—pet shops lied about the definition of a “Class A” USDA license.

Sadly, consumer fraud like this is typical at pet shops, where employees often say whatever it takes to sell a puppy or kitten. And unfortunately, it tends to work. Despite price tags of $6,000 and more, puppies sell. Constantly. Meanwhile, the parents of those puppies are crammed into tiny wire cages, receiving minimal veterinary care and being forced to breed on every heat cycle.

CAPS has continued to investigate New York pet shops and the mills that sell to them:

New Yorkers have spoken loud and clear about their desire to end the cruel practice of breeding puppies, kittens and rabbits in mills for sale in New York pet shops. The enactment of this legislation by the state, which used to have the most pet shops in the country (Florida now has 68), will inspire other states to follow suit.