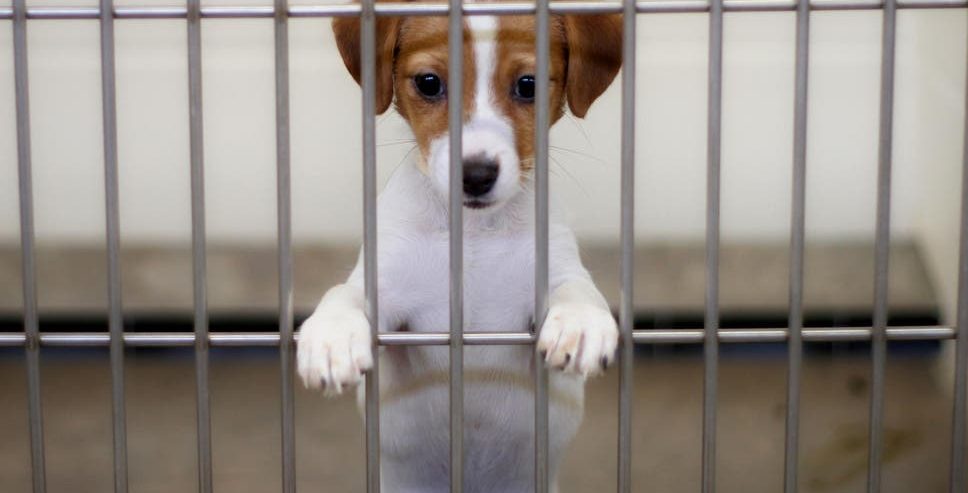 On January 1, 2019, California became the first state to ban the retail sale of dogs, cats, and rabbits. The Pet Rescue and Adoption Act, AB 485, mandates that pet shops can only offer shelter and rescue animals. This law will help keep animals that were produced in inhumane mass-breeding facilities—also known as puppy mills—out of the state.

The Companion Animal Protection Society (CAPS), which is the only nonprofit investigating inside California pet shops and the mills supplying them, spent years laying the groundwork for this moment. CAPS conducted a 10-year pet shop campaign in California. The campaign included large protests (CAPS was the first animal nonprofit to protest inside a shopping mall), conversions of pet shops to humane adoption centers, and municipal ordinances to ban the retail sale of puppies and kittens.

The purpose of the local ordinances was the same as AB 485—to save lives by encouraging pet shops to provide shelter and rescue animals for adoption. As a leader in the pet shop ordinance movement, CAPS was behind ordinances in Los Angeles, San Diego, West Hollywood, Glendale, and South Pasadena. West Hollywood was the genesis for the ordinance movement in the United States and Canada (more than 270 to date).

Undercover With CAPS: An Investigation of Southern California Pet Shops from CAPS on Vimeo.

Howard’s testimony includes evidence from a large CAPS investigation of every pet shop in California that sells puppies and kittens (and some that sell rabbits). The investigation uncovered a pattern of deceptive and illegal practices. Pet shops were routinely misleading customers about the sources of the puppies and kittens they sold. Some shops were outright refusing to disclose the sources, which is a violation of California law.

CAPS produced short videos about the pet shops, including exposés of the Barkworks chain and of David Salinas’ pet shops (Salinas was a major opponent of AB 485). The exposés feature undercover video of the pet shops and many of the puppy mills supplying them. In the footage, pet shop employees often assure prospective customers that none of the animals in their stores come from “puppy mills,” sometimes even claiming that the animals are privately bred in “loving homes.”